Carine Cats Ball Club Inc is a collective umbrella for the sports of Tee-ball, Baseball and Softball. The original club was formed with the intention of getting the growing sport of Tee-ball started in the Carine area, and at that time it was known as the Carine Tee-ball Club.

Mr Ted Smith, from the Carine Junior Cricket Club, convened a meeting at Davallia Primary School on the 23rd August 1979. He proposed the formation of a sporting club that would cater for a number of sports in the area. He envisaged that the Carine Sporting Club would be the parent body with each sport having a representative on the Club Council.

It was reported at registration days held at Carine High School and Davallia Primary School that the club would either play in the Wanneroo Competition or the Wembley Competition. However, on the 21st August Mr Ray Buckley had been advised by a member of the Wanneroo Association that players would have to register in the Wanneroo Club.

After discussions involving all aspects of the formation of a club or joining other associations Mr Ross George moved that the club join the Wanneroo Tee-ball Association for the 1979/80 season. This motion was seconded by Mr Rob Wittber. The motion was lost on a show of hands. Mr Ian Jasper then moved a motion that the Carine Tee-ball Association be formed, and that the committee explore the possibility of playing against other teams or associations. This motion was seconded by Mrs. Speer. The motion was carried on a show of hands. This formerly started the Carine Tee-ball Club.

The first committee of the Carine Tee-ball Association were elected and the members were: 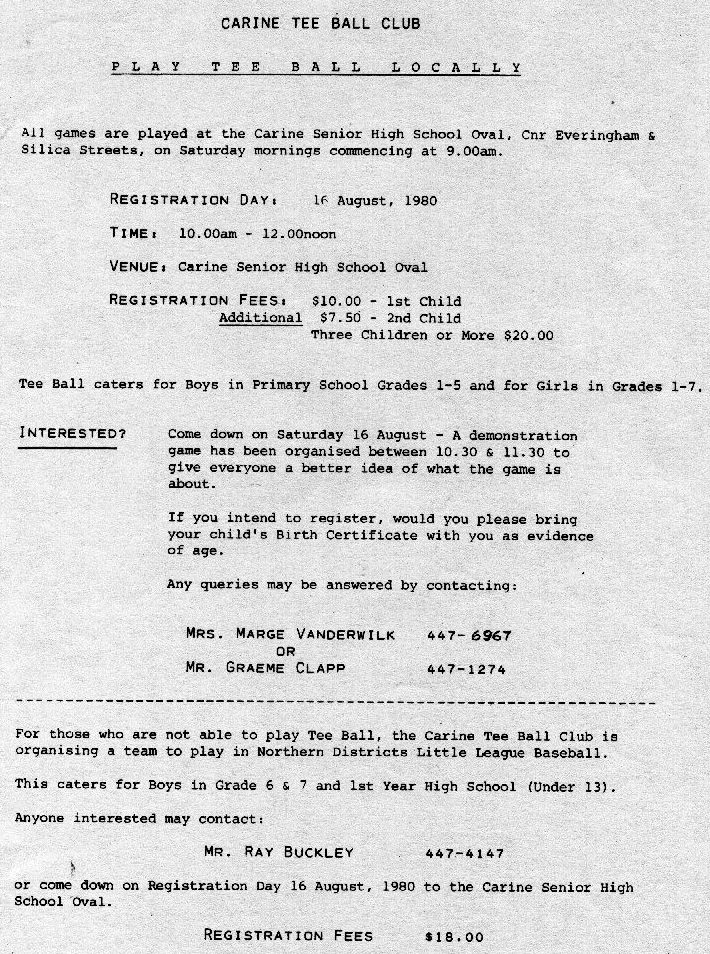 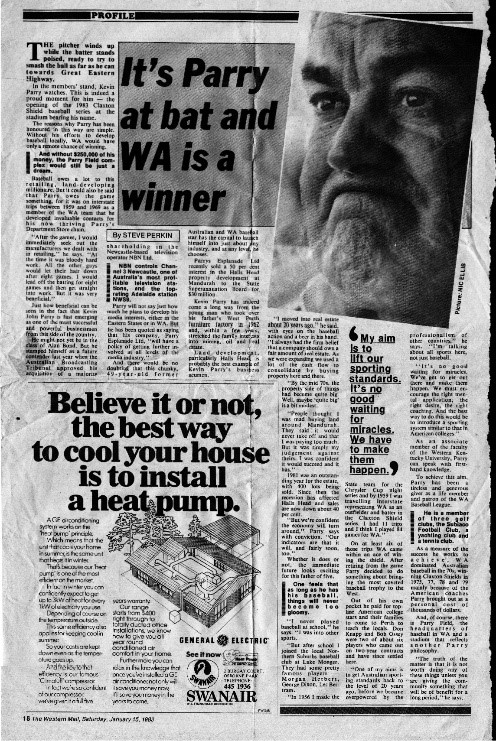